By Bhaven Shah and Sidharth Kapoor

Numerous consumer goods (including videos, music, and software) are purchased online rather than in physical stores. Many commercial transactions, such as proposals, due diligence, negotiation, and signing, have also been migrated online by businesses. However, most dispute resolution processes have not yet made this transition; they still take place face-to-face, even when the dispute originated online. This has led to the development of ODR or Online Dispute Resolution. ODR is the use of technology to resolve disputes, and it is being promoted as a model for civil justice in the online age in many countries around the world.

ODR is especially relevant to India in reference to some particular developments. One such development is the establishment of the Open Network for Digital Commerce (“ONDC”). India’s consumer behaviour has experienced a radical transformation at the most fundamental levels. The rise in smartphone usage, fuelled by easily available and affordable data services, led the e-commerce industry to record a compounded growth of 20% in the last few years. The pandemic accelerated the process of digital inclusion of consumers, and it is now routine to order food, books, personal care items or anything else at the click of a button and have it delivered to your doorstep.

Despite the rapid advancement of digital platforms on one hand and the pervasiveness of internet-enabled smartphones on the other, small enterprises such as local kirana stores have not benefited. This is because online purchases from “near and now” inventory from the local store remain in digital vacuums. Even sellers on major e-commerce platforms face concentration risk because, to sell on numerous platforms, sellers must maintain separate infrastructure, which adds costs and limits participation. The terms and conditions of each platform further limit the sellers’ flexibility.

India recently has disrupted the status quo with its innovative abilities. Systems like the Unique Identification Authority of India (“UIDAI”) – Aadhaar, the Unified Payment Interface (“UPI”), and the Ayushman Bharat Digital Mission have re-engineered markets.

It seems that India has grabbed another opportunity in the form of making digital commerce in goods and services accessible to all citizens, similar to the success of UPI for India’s payment system.

Given this objective, the Department of Promotion of Industry and Internal Trade (“DPIIT”) of the Ministry of Commerce & Industry, Government of India established the ONDC to level the playing field by developing open e-commerce and enabling access to small businesses and dealers. The ONDC network makes it possible for products and services from all participating e-commerce platforms to be displayed in search results across all network apps. For instance, a consumer shopping for a product on an E-commerce app named “X” would also receive results from an E-commerce app named “Y” if both X and Y integrated their platforms with ONDC.

However, disputes will be the obvious by-product of this e-commerce revolution. Therefore, it is imperative to support this initiative with a modern-day, cost-effective, timely and high-speed dispute resolution system. ODR becomes the most appropriate solution for ONDC, owing to its propensity to work alongside the incumbent setup and deliver quick, affordable, and enforceable outcomes.

ODR is not restricted to the use of legal mechanisms like mediation, conciliation, and arbitration in an online environment but can be tailor-made for the specific use case keeping the participants in mind. ODR commonly involves case management systems and the integration of communication technologies like email, SMS, WhatsApp, IVR, and audio/video conferencing, over time and with appropriate data sets in place. However, it can also involve advanced automation and the usage of technologies such as artificial intelligence (“AI”) and machine learning (“ML”) to enable resolutions in the time it would take to initiate a transaction over the network.

From making dispute resolution simple to handling complex multi-party disputes, from 24×7 accessibility in the remotest regions to availability in regional languages, from enabling a safe and secure online infrastructure to ensuring minimal touchpoints, ODR can not only digitise the entire value chain but can also facilitate an enhanced user experience.

Many e-commerce companies have turned to ODR with the realisation that in order to maximise transactions, it is important to ensure a positive dispute resolution experience.

For example, since 2004, the eBay Resolution Centre uses ODR to resolve over 60 million disputes between small traders every year through a platform that enables dealers and purchasers to directly communicate and, for the most part, without the assistance of a third party.

Alibaba, one of the world’s largest retailers and e-commerce companies, has also adopted ODR to resolve disputes arising out of transactions over the platform. Even sharing economy companies like Airbnb have integrated Resolution Centres into their marketplaces in foreign jurisdictions to provide quick and efficient resolutions to any problems that arise.

ODR is no longer a distant dream for India as well. Governments, regulators, and private enterprises have been adopting and encouraging the use of ODR. For instance, the National Payments Corporation of India (“NPCI”) has mandated platforms in the UPI ecosystem to adopt ODR for complaints and grievances connected to failed transactions. INGRAM, SEBI SCORES, RBI CMS, MahaRERA, MSME Samadhaan, and RTIOnline are other examples of ODR systems that are widely used.

ONDC began its pilot in five cities in April. Currently, the pilot has expanded to 18 cities, and there are immediate plans to add more cities. With India’s e-commerce industry set to reach US$200 billion by 2027, this shift from a platform-centric paradigm to the democratization of the nation’s online market will catalyse the inclusion of millions of small business owners and kirana businesses.

A dispute resolution framework that includes a customized ODR process can play a key role in the network achieving its steep five-year target of adding Rs. 3.75 lakh crore in gross merchandise value, a network of 90 crore buyers, and 12 crore sellers to India’s e-commerce market — all with the least hiccups.

In conclusion, it is imperative for a forward-looking system like ONDC to incorporate a dispute resolution system which is also forward-looking and can resolve the woes of the concerned parties at the click of a button.

Bhaven Shah is a Co-founder of Presolv360.

Sidharth Kapoor is an Advocate at the Delhi High Court and works with Presolv360.

Adapted from ‘Addressing the Challenges in New-age Digital Commerce‘, originally published in The Hindu. 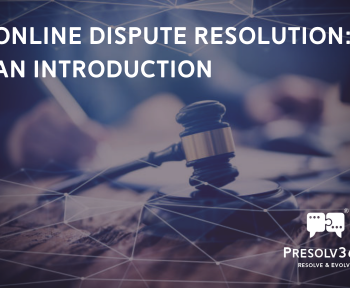 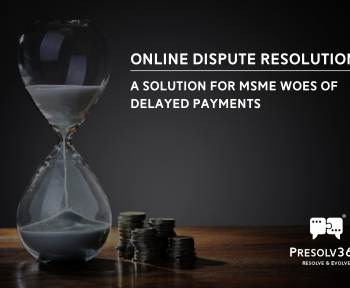 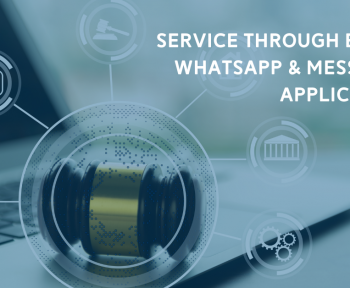